I Am Not Following Atiku To PDP - Bindow, Adamawa State Governor 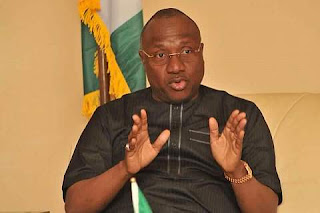 Governor of Adamawa state, Jibrilla Bindow has put to rest rumours of decamping to the PDP following the departure of Ex-VP, Atiku Abubakar from the APC.

Bindow, in a statement through the commissioner for Information, Adamawa state, Ahmed Sajoh, said that his relationship with Atiku will remain cordial.

"The governor was elected under the banner of APC and will continue to remain as APC governor.The relationship would not be affected in any way.