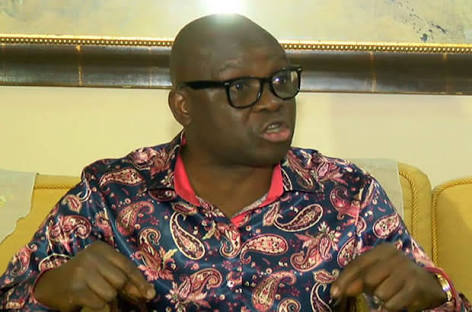 The Governor of Ekiti State, Ayodele Fayose, has signed into law, a bill which prohibits secret cults, terrorism.

As we at Ifeanyicy Media gathered, the bill stipulates that any one caught in the act will get the death sentence.

Appending his signature to the bill at the Government House, in Ado-Ekiti, yesterday, Fayose said the signing was confirmation of the unwavering commitment of the state government to combating terrorism in the state.
Posted by Cheta Igbokwe
Labels: Politics