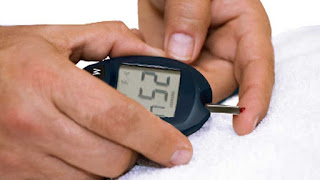 As part of efforts to reduce the burden of diabetes in Nigeria, Biofem Pharmaceuticals have embarked on free blood glucose screening and awareness exercise for 20,000 residents of Lagos State.

The campaign, which started last Tuesday in four designated centres across the state, including Computer Village Ikeja; Trade Fair Aspamda; Ikotun; and Victoria Island, is one of Biofem’s activities to commemorate this year’s World Diabetes Day marked every November 14.

Stating this in a press briefing recently to announce the screening and awareness campaign, the Head of Marketing, Biofem, Usifo Augustine said the organisation decided to raise awareness on the scourge because many Nigerians were dying from the silent killer, while several others who are living with it are not aware they are.

He said: ‘’That is why we have, in conjunction with our partners in South Korea, SD Biosensor, secured a very unique and smart blood glucose machine called Codefree Blood Glucose Monitor, which we use for our screening exercises.’’
Posted by Cheta Igbokwe
Labels: Health