Frank Edoho coming up with a new TV game show 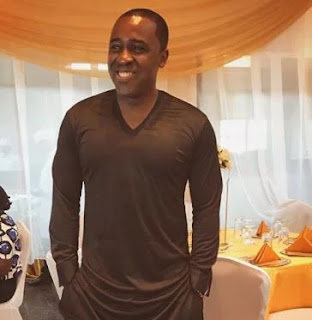 After 13 years of hosting popular TV show, Who Wants To Be A Million, Nigerian broadcaster Frank Edoho announced via a tweet that he'll no longer anchor the show.

'Kindly allow me announce,that after a disagreement in negotiations with @Ultimalimited I have decided to decline hosting WWTBAM any further' he tweeted.

Now, LIB can confirm that Frank has landed a new hosting job. The celebrated broadcaster will be anchor of another TV game show called 'The Price Is right' and this time he'll work with OAP, Mannie of Cool FM as the announcer.

The new show, 'The Price Is Right' is a popular gameshow with its origin in America and its widely known and reffered to as the oldest and most popular TV Game show in the world currently in over 50 countries.
Posted by Cheta Igbokwe
Labels: Gist