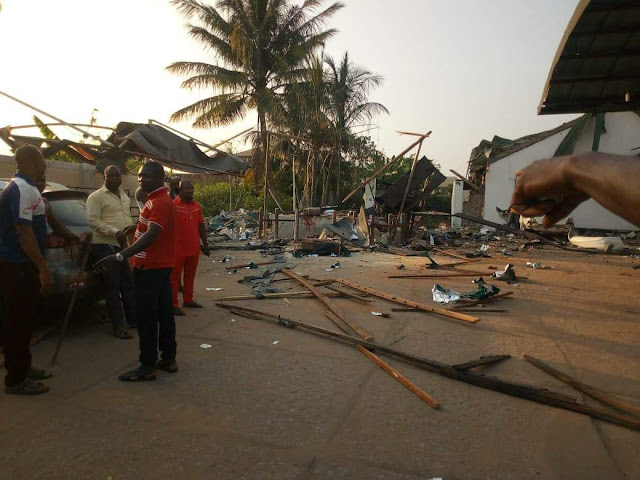 There was pandemonium on Monday at Orji, a suburb town in Owerri , the Imo State capital, after a gas plant exploded , killing four persons.

The tragedy occurred just three days after a truck , laden with diesel, rammed into an 18 -seater bus at the Umuaka bridge end of the Owerri -Orlu Expressway. About 19 people were burnt to death in the incident .

PUNCH Metro learnt that the gas explosion occurred at about 4. 35 pm at Okpokiri Petroleum Station, near two commercial banks .

When our correspondent visited the scene of the incident around 5 pm, four lifeless bodies were sighted with some of the body parts scattered on the ground .

Policemen from the Orji division , led by the Divisional Police Officer , Ude Umanta, a Superintendent of Police , as well as others drafted from the command headquarters, were seen on the ground .

Diamond and First bank branches located around the filling station were forced to close for the day, as their facilities were affected by the explosion. 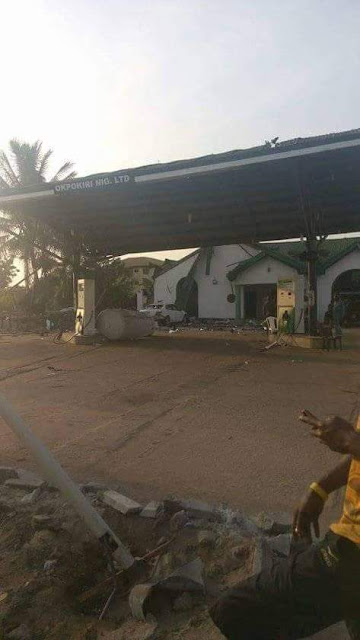 It was learnt that some bank customers and motorists, who wanted to fuel their cars , were injured and rushed to a hospital.

One of the survivors, Adubackoja Ochowotia, told our correspondent that while two of his colleagues died on the spot , two members of staff of the filling station also lost their lives .

The Benue State indigene said, “We came from Abuja to fix the gas plant . We were working on it when the oxygen exploded and killed two of my colleagues . ”

The 28 -year-old gave the names of his dead colleagues as Adeyemi Wasiu and one Maruf .

A senior police officer, who spoke on condition of anonymity because he was not authorised to speak to the press , said four persons died while many others were taken to the hospital.

He said, “The gas plant exploded around 4. 35 pm and before we could arrive here, four persons were already dead . The survivors were taken to the hospital. From preliminary investigations, it was an explosion from a gas plant that was being worked on by some artisans from Abuja. The state Commissioner of Police , Chris Ezike , has drafted more men to the scene to help manage the situation . Several buildings , including people making use of the Automated Teller Machines, were affected .”

The management of the filling station refused to speak to PUNCH Metro after our correspondent introduced himself.

After about an hour , the corpses were taken to a morgue . By then, men of the Imo State Fire Service had also arrived at the scene.

While there was heavy traffic around the scene of the incident , people were booing the firefighters for arriving late.