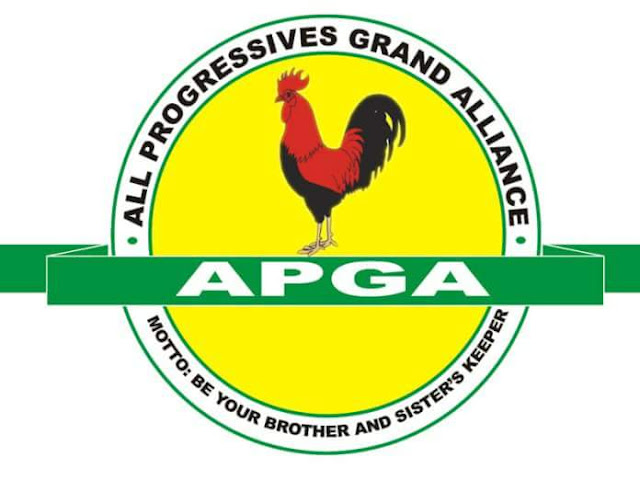 A palpable fear is said to have enveloped the All Progressive Grand Alliance, APGA, Imo State chapter, following the Governorship election which holds in neighboring Anambra State tomorrow, Saturday, Nov 18, 2019.
According to information available to
Trumpeta, the fear is said to have emanated from what may be the out-come of the election which Imo APGA sees as a litmus test that will make or mar the success of the party in Imo State.
This newspaper learnt that Imo APGA believes that if the party wins the Anambra Governorship election, it will serve as a boost to the party in Imo State.
However, if the party fails to win the election tomorrow, it’s consequences will spill over to Imo APGA, which recently came into lime light following a deluge of heavy weight politicians that joined APGA in Imo State.
Following this scenario, Trumpeta learnt that Imo APGA Chieftains have emptied into Anambra State to help Chief Willie Obiano, the APGA candidate and sitting Governor in Anambra to win his election.
Meanwhile, Obiano will meet his match in two other strong candidates in the persons of Chief Nwoye of All Progressive Congress APC, Chief Obaze of Peoples Democratic Party PDP, and Chief Chidoka of United Progressive Party, UPP.
However, political pundits predict that it will be a tough battle, but Obiano of APGA may carry the day with the minutest of margins.
Posted by IfeanyiCy Njoku
Labels: Politics