Delta Pastor Dies During Sex Romp With Teenager In Hotel 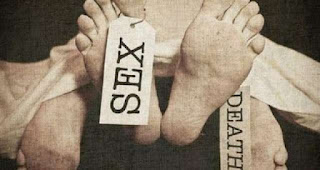 A popular pastor of a Pentecostal church (name withheld) has been reported dead during an alleged sex romp with a 19-year-old-girl in a hotel room in Kwale, Ndokwa West Local Government Area of Delta.
Nigeria Police Delta State Command Spokesman, DSP Andrew Aniamaka confirmed the incident to the News Agency of Nigeria (NAN) on Wednesday in Asaba.

Aniamaka said the victim’s wife reported the incident to the police on November 19.
He said the hotel workers were alerted on the incident after the girl raised the alarm for help when she noticed the pastor was gasping for breath.

“The incident happened last Sunday evening. We learnt the pastor took the girl, who is said to be 19 years of age to the hotel room,” Aniamaka said.

“While they were in the room after some few minutes, the girl reportedly raised alarm which attracted workers in the hotel, who rushed into the room to find the pastor dead.

“The wife of the pastor was called to the scene of the incident, where she met her husband dead.

“She subsequently reported the matter to the Police Division in Kwale,” Aniamaka added.

The Police spokesman said an autopsy would be conducted to determine the cause of death of the pastor, adding that the police had commenced investigation into the incident.
Posted by Unknown
Labels: Romance