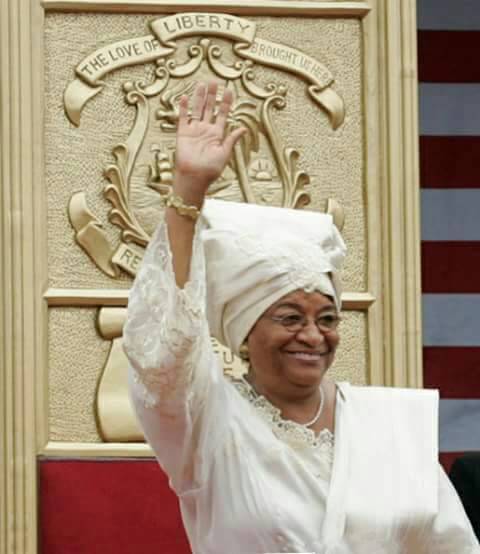 The President of Liberia, Mrs. Ellen Johnson Sirleaf has just arrived Imo State, and has just received the Chieftaincy title from the State.

The Press Release from the Governor's Chief Press Secretary confirms this.

Here is the press release below: 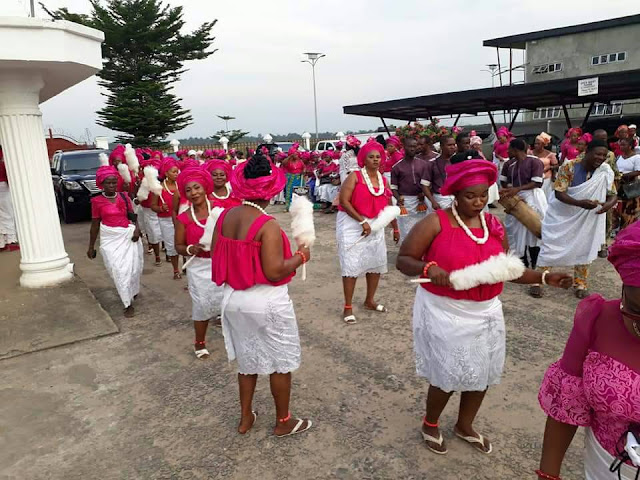 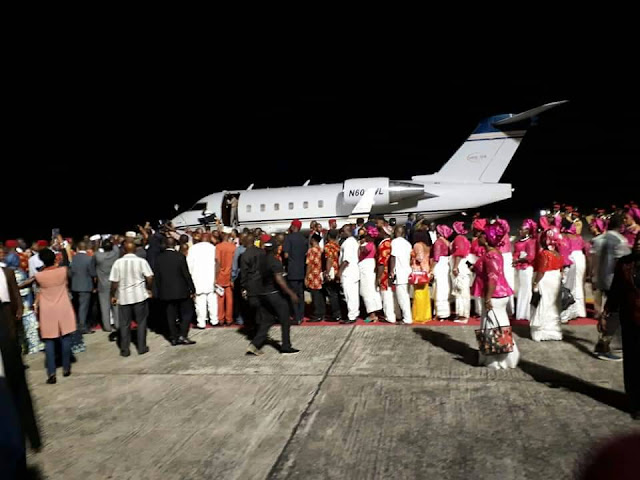 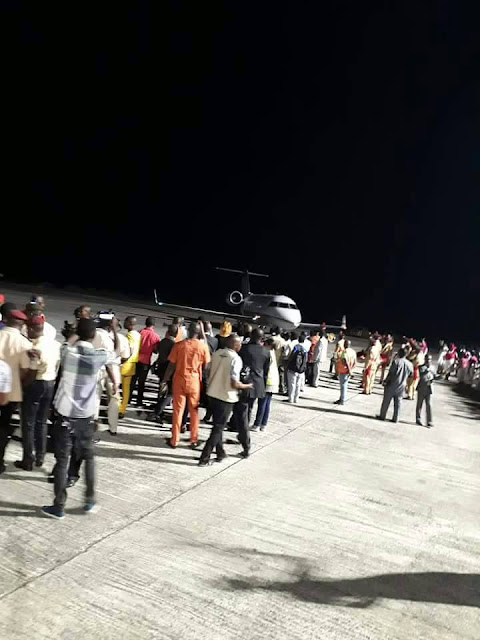 - AS GOVERNOR ROCHAS OKOROCHA DESCRIBES HER AS A PRIDE TO AFRICA

President of Liberia, Mrs. Ellen Johnson Sirleaf has been honoured with a befitting Chieftaincy title of “ADA DI OHA NMA” of Imo State. The Chieftaincy title was conferred on her by the Chairman of the State Council of Traditional Rulers, HRM, Eze Samuel Ohiri at the Eze Imo Palace Owerri on Thursday, November 9, 2017. 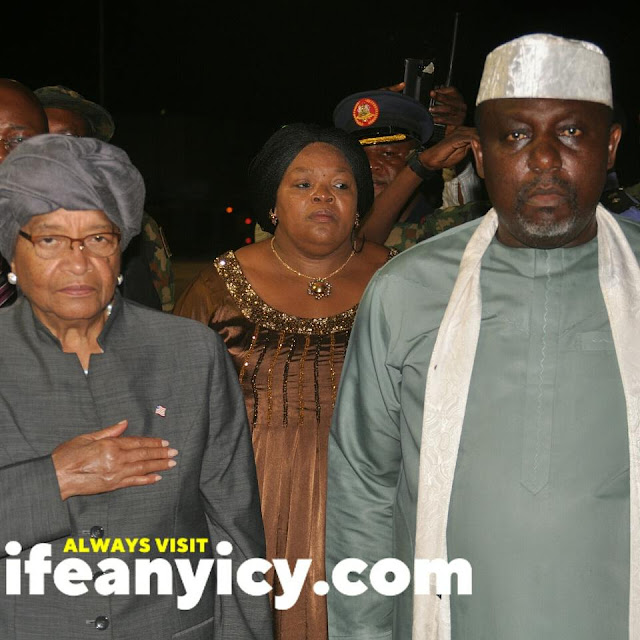 President Sirleaf had arrived Owerri through the Sam Mbakwe International Cargo Airport where the Governor, Owelle Rochas Okorocha received her with the wife, Nneoma Nkechi Okorocha and other Senior government functionaries, and she is in the State for a two-day visit on the invitation of the Rochas Foundation College of Africa.

The Liberian President was driven straight to the Eze Imo Palace at Mbari Street Owerri where she was Conferred with the Chieftaincy title which means,“The Daughter that is good for all”.

Conferring the Chieftaincy title on Mrs. Sirleaf, Eze Ohiri said she has done Africa proud especially the women folks and deserves to be honoured.

Receiving the Chieftaincy title, Mrs. Sirleaf said she was happy to be in Imo State and noted that generally speaking Africa as a Continent and the nations that Constitute the region have not done badly in all Considerations, adding that with Education, hardwork and Unity of purpose, Africa would soon get to the Promised Land.

Governor Rochas Okorocha in his own speech stated that Mrs. Sirleaf is a pride to Africa and an inspiration to all the women in Africa and beyond, adding that her coming to the State was exciting. 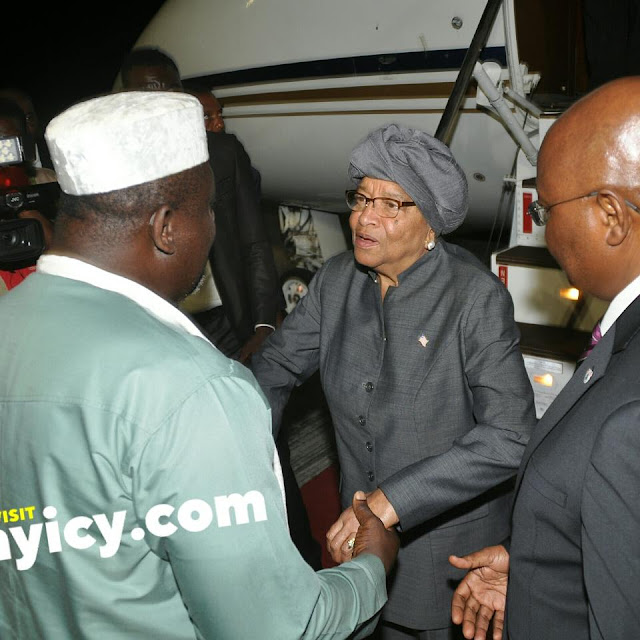 The Liberian President would on Friday, November 10, 2017 meet with the Students of Rochas Foundation College of Africa for interaction and would also particularly parley with Liberian Students in the College whose Parents died of the Ebola disease.

It is also expected that the Liberian President will buy into the vision 2030 of the Rochas Foundation College of Africa which has been programmed to ensure that more than one million children of Africa are taken off the streets and given quality education. 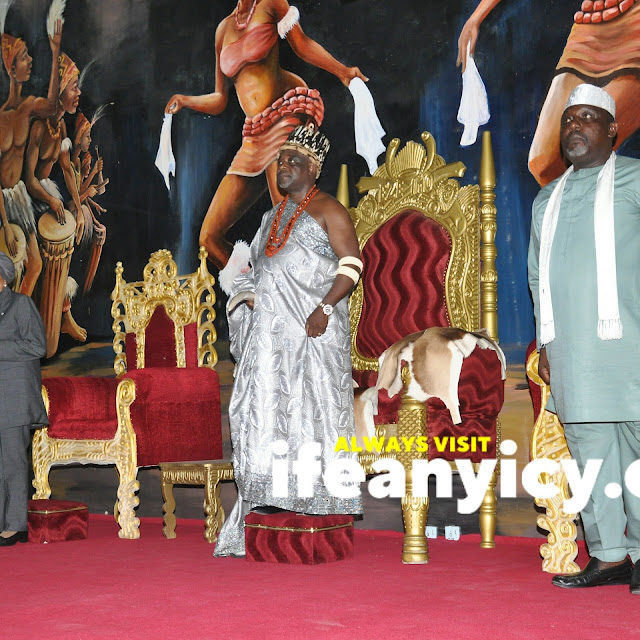 Mrs. Sirleaf will also deliver a lecture to Imo women on the title“Women in Politics” and will equally be honoured with Imo Merit Award and a road to be named after her, while a statue will also be unveiled in her honour and her name given a place in the Imo Hall of Fame.

Some African leaders had earlier been honoured, and the people of the State are happy to be receiving these leaders Since the State has so much been developed by the Current government in its urban Renewal Programme which has made the State fit to host any leader from any part of the world.