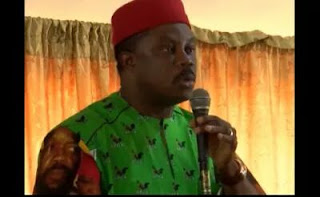 Commercial and social activities on Friday remained normal in Awka, capital Anambra as the people of the state prepare to cast their votes in the governorship election scheduled for Nov. 18, the News Agency of Nigeria (NAN) reports.

A correspondent of NAN who visited some areas in the state capital reports that vehicular movement in and around the capital was also smooth.

NAN reports that the state government declared Nov. 17 work free day to enable workers travel to where they will exercise their civic responsibility during the election.

At various motor parks, there was also increased number of passengers to travelling to their various places where they registered to vote.

Mr Emenike Amalu, a supervisor at TRACAS Park, Unizik junction, however, said the park was yet to witness upsurge of passengers.

According to him, there is no significant difference in the movement of commuters between today and in the past in the park.
Amalu expressed the hope that passenger movement might increase later in the evening.

NAN also reports that there was no queues at the various filling stations NAN visited as motorists were seen purchasing fuel at normal price and with ease.

Mr Sunday Ajayi, the Sector Commander of FRSC in Anambra said the command expected an upsurge in traffic and had strategised to manage it effectively.

Ajayi, who promised that FRSC would play its role creditable toward ensuring easy movement of vehicles, before, during and after the election, urged the people to cooperate with the officials.