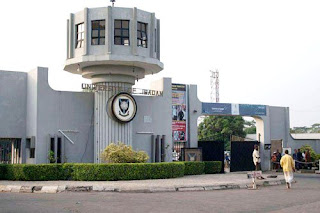 For the first time in 69 years, the University of Ibadan (UI) has produced its first graduate with a First Class honours degree in History.

Vice-Chancellor Prof. Idowu Olayinka said Ozibo Ekele of the Department of History was one of the 186 students who made First Class at the 2015/2016 convocation ceremonies, which began yesterday in Ibadan, the Oyo State capital.

Also, he said 434 students made Third Class, while 81 others graduated with Pass degrees.

The vice chancellor urged the graduates to be good ambassadors of the university, saying they should impact positively on their world.

He noted that the students would have graduated a long time ago but for the strike embarked upon by the academic and non-academic workers’ unions.

According to him, the breakdown of the graduating list showed that 3.5 per cent and 28.6 per cent finished with First Class and Second Class (Upper) honours.

Prof Olayinka hailed Ekele for breaking the jinx as the department had never produced a first-class student since inception.

He said: “We warmly congratulate Ozibo Ekele, who is graduating today with a Cumulative Grade Point Average of 6.6 out of a maximum of 7.0.”
Posted by Unknown
Labels: Education