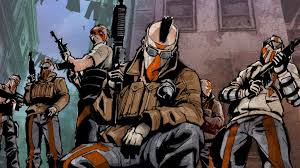 Armed men suspected to be members of Bachama ethnic group have reportedly killed about 60 Fulani people mostly women and children in Adamawa state.
The killings were said to have occurred on Monday evening, November 20 when the armed men reportedly attacked Fulani settlements in Numan local government area of Adamawa state, Daily Trust reports. Confirming the attack, the north east chairman of Miyetti Allah Cattle Breeders Association (MACBAN), Mafindi Danburam, said over 60 Fulani were killed.
He said that about 45 bodies of slain women and children had so far been recovered and buried. Danburam alleged that the attackers were youths from the indigenous population who had been threatening the herders. A herdsman told Daily Trust that a traditional ruler in the area had ordered the cattle breeders to leave the area few days before the attack‎. But the casualty figure given by the Adamawa state police command differed from that given by the Cattle Breeders Association. According to the state police spokesperson, SP Abubakar Othman, the numbers of those killed were put at 30.
He said investigation has commenced in an effort to track down the suspects. Adamawa state deputy governor, Martins Babale, assured the Fulani community of the government commitment to bring the perpetrators to justice. Meanwhile, the Miyetti-Allah, the umbrella group for Fulani herdsmen in Nigeria, have stated that they would not accept cattle ranching because Nigeria’s geographical location was not suitable for it, Vanguard reports. The association’s position was made public by its national secretary, Saleh Alhassan, in a chat with newsmen in Abuja on Sunday, November 19.
Posted by Cheta Igbokwe
Labels: News