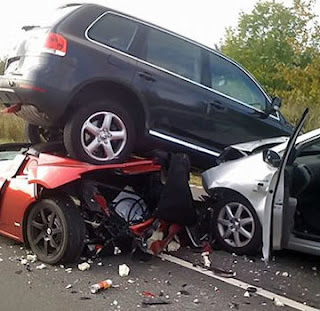 The deceased were said to have died on the spot following the severity of the injuries they sustained in the accident.

The sector commander of the Federal Road Safety Corps, Kogi state, Mr Olusegun Martins, while speaking with newsmen on Monday, said the accident happened on Sunday.

According to him, nine people were involved in the accident, but six persons sustained different degrees of injury while three people died on the spot.

Martins explained that four vehicles, a Toyota bus, a car and two trailers loaded with cement were involved in the road accident.

The sector commander blamed overspending, wrongful overtaking and loss of control for the accident, adding that the sector would carry out detail investigation on the development.

He said the dead victims had been deposited at the mortuary of Teaching Hospital, Anyigba in Dekina local government area of the state, while the injured were also receiving treatment in the same hospital.

He called on motorists to adhere to all the road regulations and desist from reckless driving, urging them to take extra care during the ember months of the year.
Posted by Cheta Igbokwe
Labels: News