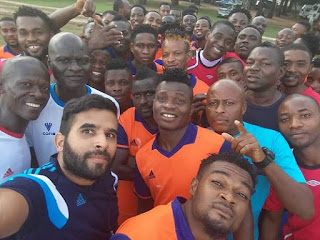 Abia Warriors have confirmed the arrival of five new players ahead of the 2017/2018 Nigeria Professional Football League season, reports Completesportsnigeria.com.

Former Nigeria junior international goalkeeper, Uche Okafor, who linked up with the club from oriental rivals FC IfeanyiUbah tops the list of the new signings.

Completing the list is experienced forward Jackson Daniel who joined the club after a stint in Mauritius.

Abia Warriors who battled relegation for most of last season finished in a respectable 11th position at the end of the season.
Posted by Cheta Igbokwe
Labels: Sports