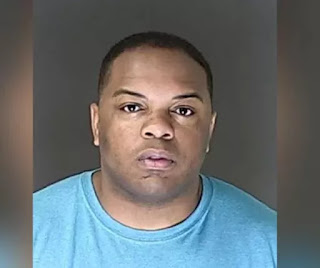 A Colorado minister is reportedly facing sexual assault charges after he was arrested for allegedly impregnating a 14-year-old girl, who has already given birth to his child.

According to the arrest affidavit, Leach and the unidentified teen, whose parents knew Leach from church, had sex at least twice.

The girl’s parents reportedly found out about her pregnancy when they noticed she had "a larger belly" in May and took her to the Colorado Springs Pregnancy Center. At this time, the daughter admitted that she and Leach had sexual intercourse in November 2016 and again in February or April 2017.

The nurse who gave the teen the check-up reported the pregnancy to the El Paso County Sheriff's Office, who sent deputies to investigate.

After the investigation, the El Paso deputies obtained a recorded telephone conversation which revealed Leach’s ex-wife asked him, "So you didn't sleep with that girl and get her pregnant?" In the recording, Leach replied, "It happened."

In another recorded phone call between Leach and an unidentified person from Nov. 21, the authorities also revealed that Leach admitted to having sexual intercourse with the girl, who is now 15 years old, on at least four occasions and being the father of her child.

The affidavit says the girl gave birth to the child on the 15th of September.
Posted by Cheta Igbokwe
Labels: International news