Menu
Home » Politics » 2019: OWERRI ZONE SHOULD SUPPORT OKIGWE ZONE FOR 4 YEARS AND THEN TAKE OVER

2019: OWERRI ZONE SHOULD SUPPORT OKIGWE ZONE FOR 4 YEARS AND THEN TAKE OVER 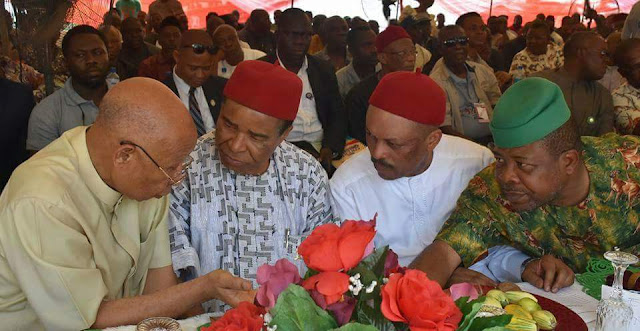 The leadership and teaming members of Imo Youths for Good Governance and Democracy (IGG&D) are constrained to once again offer our candid advice to the people and leaders of Owerri Zone on their quest to produce the Governor of Imo State.

We have watched as some elders of Owerri Zone in what they called Egbu Declaration toed the same path that keep portraying them as elders making one mistake over and over again.

We are worried because it is difficult to atone for abomination committed by the elders. We had hoped that the elders of Owerri Zone would not sit idly and watch the she-goat deliver in the tethers. Elders are known for their wisdom in navigating difficult terrains, and they are known for tracing their way back to where the rains started to beat them. This is what we expect from the elders and leaders of Owerri, even the newly and hurriedly found Coalition for Owerri Re-Awakening, to use their tongue to count their teeth and like elders carefully trace their way back to where the rains started to beat them and find a clear path out of what seems a conundrum to them. But the right thing for them nonetheless, is to bite the bullet like elders and solve their problems once and for all. 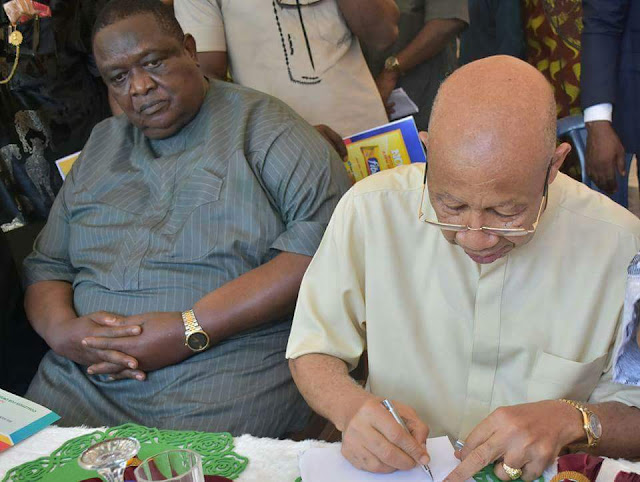 Therefore, as concerned youths of Imo State we are worried that some elders of Owerri Zone gathered in Egbu and failed to properly articulate the problems of their people and find a true way out. Rather, the people that called themselves elders spoke like children learning to speak.

How else would one explain the statement of the Coalition for Owerri Re-Awakening as published in Daily Sun newspaper of Friday, November 17, 2017, that “equity demands that the next governor of Imo state should be an indigene of Owerri zone;...That all political parties should choose their governorship candidates from Owerri Senatorial Zone;...That voters in Imo State should vote for only political parties that choose their candidates only from Owerri Zone in the interest of equity, fair play and unity of Imo state"? 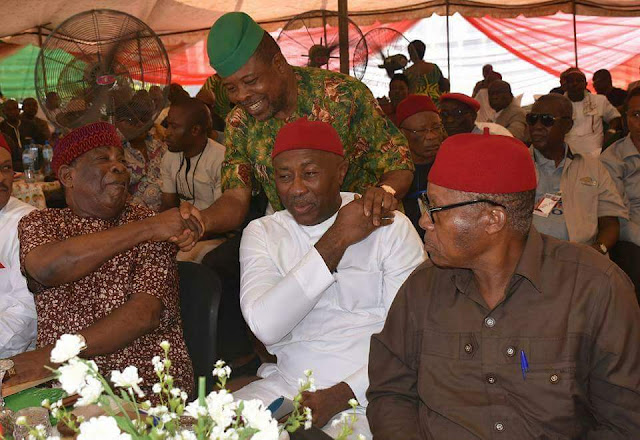 For the interest of the peace and brotherliness, we are constrained to remind the leaders of Owerri Zone that they can only talk about equity when they have corrected the mistake they led Imo people to make in 2011when they gave their mandate to Orlu Zone and sold their birthright for a small pot of porridge. It is not news that Chief Martin Agbaso has agreed that Governor Okorocha approached him for APGA ticket in 2011 and that he obliged him. Though he said he did not sell the APGA ticket, many people believe money exchanged hands. Also, it was the leaders in Owerri Zone who insisted there was no zoning and used both their bank and radio station to bankroll the 2011 governorship campaign of Owelle Rochas Okorocha.

Imo Youths for Good Governance and Democracy also reminds the Coalition for Owerri Re-Awakening that their claim that all political parties should make Owerri politicians their governorship candidates had been done and dusted in 2015 when Chief Emeka Ihedioha was candidate of the PDP, Chief Ken Ojiri of Accord Party, Chief Usmond Imo Ukanacho of UPP and Capt Emma Ihenacho of APGA. Yet Owerri Zone sold out and supported Governor Okorocha of APC for second term. We regret to observe that many of those who sold out on the Owerri Zone project in 2015 and supported the Governor for second term against their brothers are also among the leaders making the fresh demands. Also, Owerri Zone leaders are already scattered supporting various governorship aspirants from different zones. Are they going to be ostracized? 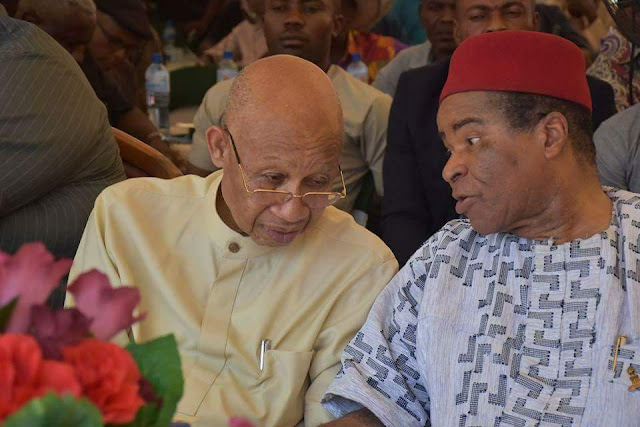 Owerri Zone got the zoning they clamoured for in 2015. That they did not get the job done should not be another man's headache.

There is nothing to show that Owerri Zone will not sell out again in 2019 due to the level of distrust and peer rivalry and jealousy that is widespread among them and put everyone in pain all over again. We therefore recommend that the leaders of Owerri Zone should behave like true elders and retreat with their back and support Okigwe Zone to complete their term of four years only and then the new Governor would use his office to hand over power to Owerri Zone after four years.

Though the so-called leaders in Owerri Zone hate to hear the truth, the level of disunity in the Zone makes it more imperative for executive influence to help them achieve their governorship ambition. It happened in Enugu State, Abia State, Anambra State, etc, where the sitting governor used the powers of his office to implement zoning, and today zoning is no more an issue in those states. The Saturday election in Anambra State reinforces this point. This is what Owerri Zone needs.