Menu
Home » entertainment » Music » 2017 AFRIMA TO BE HOSTED BY AKON 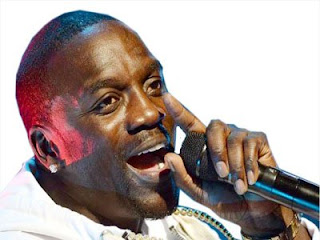 Multi-award winning African-American music star Akon is to host the 4th annual All Africa Music Awards (AFRIMA) scheduled to hold on  November 12 at the Eko Convention Centre of the Eko Hotels and Suites, Victoria Island, Lagos.
According to a statement by the African Union Commission and the International Committee of AFRIMA yesterday, the Senegal-born superstar will handle the event proceedings of the live broadcast award show scheduled to air live on over 80 television stations and online platforms across the world with support from the co-host, Ms. Sophy Aiida, a Cameroonian-French entertainment broadcaster.
With a track record of outstanding success in the global music industry that has brought immense recognition to Africa’s creative energy and originality, Akon, a multi-Grammy award winning singer, songwriter, record producer and actor, has put his name in the Guinness Book of World Record as the number one selling artiste for master ringtones in the world.
Ranked the fifth most powerful celebrity in Forbes’s Africa list of 40, Akon is also a business man and philanthropist who is passionate about the African continent. He provides electricity for 15 African countries through his “Light Africa Project” and supports underprivileged African youngsters through his Konfidence Initiative. He runs music labels, Konvict Music and Kon Live Republic successfully
Posted by Cheta Igbokwe
Labels: entertainment, Music