WE SHALL IMPEACH OKOROCHA- IMO SPEAKER 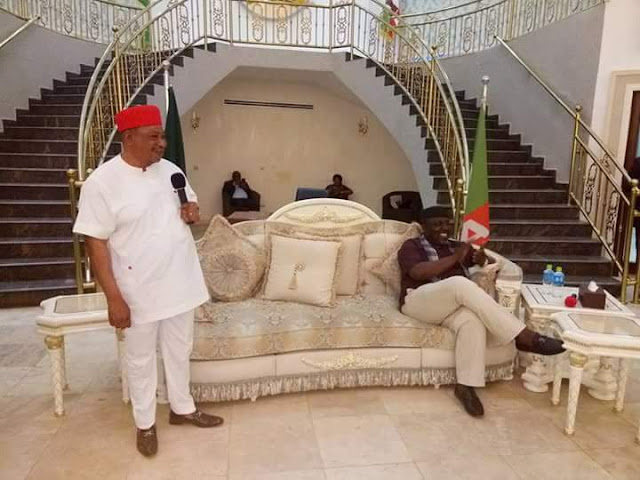 The Speaker of the Imo State House of Assembly, Rt. Hon. Acho Ihim has said that the governor of Imo State, Owelle Rochas Okorocha  has made himself unimpeachable by keeping to the terms of his agreements with Imo people by providing necessary infrastructure, improving the welfare of the people and fighting corruption to a standstill in the State. He said that if anything, the governor has done more work than anyone expected, arguing that the governor can only be impeached if overworking has become an impeachable offence.

Ihim, who is also the Chairman of the Commonwealth Parliamentary Association has earned the respect of a majority of Imolites for leading his colleagues in ensuring a smooth relationship between the legislature and executive to the benefit of ordinary Imolites.

A vastly experienced lawmaker and education entrepreneur, Dr Acho Ihim's opinion about the performance of the Imo State governor represents the mindset of about 90% of Imolites.