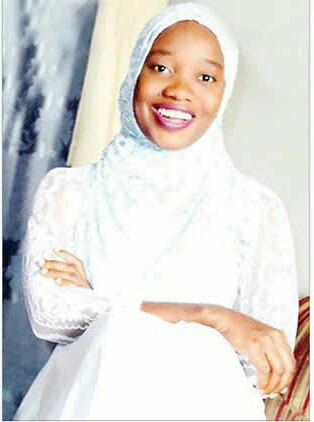 A graduate of Electrical Engineering, University of Ilorin, Miss Taofeeqah Oloriegbe, has just died. She died on Monday, barely five days to her convocation.

Miss Taofeeqah, a Second Class (Upper Division ),  graduate was preparing for her convocation before her death on Monday. The ceremony is to be held this Saturday.

"She only complained about having pains in her hand, but she later died, ” one of her friends , who spoke on condition of anonymity, said .

The Public Relations Officer of the institution , Mr. Kunle Akogun, confirmed the death of the student through a text message .

"The late Oloriegbe, a Second Class Upper graduate, was billed to graduate on Saturday at the 33 rd convocation of the UNILORIN. She died on Monday after suddenly taking ill while preparing for her upcoming graduation.May her gentle soul rest in peace . ”