UCHE ONYEAGOCHA:WHEN A LAWYER TALKS LIKE A DRUNKEN BARMAN 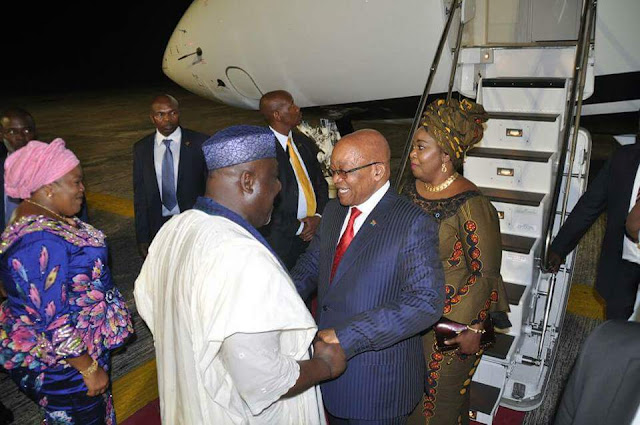 Uche Onyeagocha, the former lawmaker who has been disowned by his people of Owerri West LGA as a result of his numerous flip-flops and alleged betrayal of his people's political interest has taken his political frustrations so far, that I am forced to appeal to his people to reconsider their position on disowning him, before he takes his own life out of frustration.

For a lawyer of about two decades standing, nothing else could make him betray such a dangerous ignorance about basic legal matters, if not a high level of frustration. For a man who claims to be a practicing litigator, yet, without any evidence of having won any landmark case in court, it is obvious that he might be wholly dependent on political patronage as a means of survival. Uche Onyeagucha is frustrated because he was not allowed to steal Imo people's monies. It is alleged in some quarters that the Owerri West born, but disowned former House of Reps member was in the habit of bringing frivolous proposals to the governor, which the governor -a prudent manager, who understands and insists that public funds should not be shared or wasted on irrelevant things, but deployed to working for the good of the people- refused to approve, hence his (Onyeagucha's)  bitterness.

Even a year one law student Imo State University  knows the difference between allegations and charges. President Jacob Zuma of South Africa is, like most political office holders across the world, being accused by opposition political parties and his political rivals in South Africa of corruption. The South African National Prosecution Authority (NPA)  which is the body responsible  for bringing charges against those accused of misappropriating public trust is yet to institute any charges against the President as they are not convinced yet that the allegations came in good conscience. Recall that these allegations came at a time when the current South African President was battling for the soul of the ruling ANC with his former ally and erstwhile President, Thabo Mbeki. The NPA as an impartial agency had found that there were serious political meddling in the investigation, thereby  thrashing the processes of instituting formal charges against the colourful president.
What the South African Supreme Court of Appeal ruled on yesterday was authorizing the NPA to proceed with the process of bringing formal charges against the President, whenever they deem it fit. A lawyer worth his wigs cannot categorically label someone who is yet to be convicted by any court of law for corruption, as corrupt.  Chief Onyeagucha's certificates both from UNIPORT and the Nigerian Law School  should be probed.

The huge economic and developmental benefits of President Zuma's visit to Imo State are huge,  this do business with.  why governors from other States of the Federation are envious of Imo State. South Africa is Africa's most developed economy and there are lots of exchanges that can be beneficial to any part of Nigeria that the government of South Africa agrees to partner with. Any patriot, no matter his or political background would celebrate this breakthrough. But enemies of the people will always stand against anything that will be beneficial to the ordinary people, but the people will always carry the day.