TSTV being sabotaged by the popular cable company 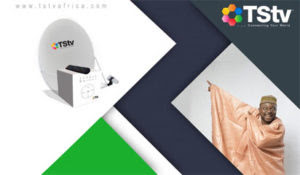 In Nigeria, the unfavourable socio-economic system has made it very difficult for indigenous companies, entrepreneurs and start-ups to excel to the fullest of their potential.

For instance, in early 2007, an indigenous satellite TV company, HiTV came into existence to compete with the South African based cable company. This satellite started perfectly well, but today no one can tell how it ended.

And right now our TSTV is now face same challenge, initially when this satellite was about to be lunched some powerful people who have interests in existing popular cable company were threatening TSTV.

Now the are making another move towards TSTV.
It was gathered that a certain cable TV company went behind to contact the stations TSTV had already signed contracts with and allegedly paid them 5 million dollars to cancel those airing contracts with TSTV. At as the time of this report, it was gathered that fifteen TV stations have cancelled their contracts with TSTV. Nigerians let not fold our hands and watch our own satellite be dragged to the mud, TSTV is built to be ours .
Posted by Cheta Igbokwe
Labels: breaking. News, YouthDevelopment