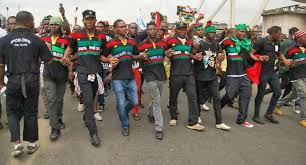 The Indigenous People of Biafra on Thursday asked a former Head of State, Yakubu Gowon, to stop making provocative and false statements against the late Dim Chukwuemeka Odumegwu- Ojukwu and the civil war.
Gowon had recently in an interview with a private television station said Ojukwu’s lies caused the civil war in the country between 1967 and 1970.
The former Head of State added, “We agreed to put our heads together, to regain the trust and confidence of Nigerians. We went to Aburi, to agree to deal with the situation of our country; by ourselves. We did not go with any prepared position on the federal side, but Ojukwu came with a paper he prepared. His prepared position was on a pink paper. Usually, a pink paper at the staff college means directing staff solution to the problem.”

He alleged that the civil war broke because Ojukwu went on  television and gave his account of the Aburi Accord, which was at variance with what was agreed upon; thereby deceiving the people of  Biafra to going  into war against the Federal Government.
But IPOB in a statement by its Media and  Publicity Officer, Emma Powerful, described  Gowon’s comment  as “ total falsehood from the mouth of a hater.”
The group accused Gowon of having the penchant of distorting history, especially as it concerned the civil war.
The group expressed worry that Gowon, at 83, could lie against the dead (Ojukwu) who could not defend himself in the circumstance.
The statement partly read, “At the ripe old age of 83 and with the little window God has left open to him to repent and show remorse, Yakubu Gowon has chosen to continue to deceive himself with his bouquet of falsehood.
“It was the Labour Party government of Britain that cleverly convinced the Arewa North to put pressure on Gowon to feign illness, thereby making it difficult for him to tell the country what was agreed in Aburi because they were not comfortable with the agreement.
“Today, Gowon, whom we are led to believe is a prayerful Christian, has said he wasn’t able to speak when he returned from Aburi because he was ill. Question is: Was his information minister also ill? Were all government’s spokesmen in Lagos also down with illness at the same time, that made it difficult for Lagos to make a pronouncement on Aburi Agreement several weeks after the meeting?”
The group said Gowon’s attempt to rewrite history would have worked had IPOB not been in existence.
“This day and age, any attempt to rewrite the history of the Biafra-Nigeria war will be intellectually resisted and objectively dismantled. Fake history is at the core of why Nigeria will never be united. Gowon must come clean, apologise and make atonement.
“We are IPOB, we won’t allow distortion of historical facts and neither will we allow the denigration of the revered memory of our all-time hero, Dim Chukwuemeka Odumegwu Ojukwu. He remains, till date, the only man that tried to bring genuine independence, not mere flag independence, to an African nation.”
Posted by BizzyAmb