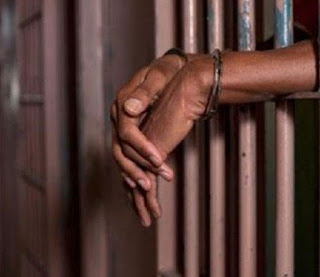 A young man, simply identified as Oyelami Okeyomi has been ordered to be remanded in Ilesa prison by an Osogbo Magistrate Court for allegedly killing his stepmother, Alice Badetito Okeyomi.
The incident occurred at Adigbo’s compound, Ejigbo in Ejigbo local government council of Osun on 23rd September 2017.
The suspect was said to have hit the woman with iron rod on the head from the back claiming that the deceased was behind the impotency problem he is having.
Posted by Cheta Igbokwe
Labels: Gist, Murder