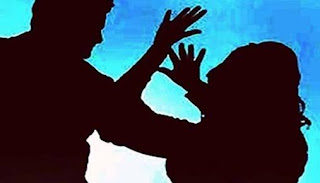 Justice Sedoten Ogunsanya of a Lagos High Court sitting in Ikeja on Wednesday, was told by a witness how a security guard (mai guard) Abass Hamman, allegedly raped a seven year-old girl (names with held) with the claim that it was the devil that pushed him to commit the act.
Hamman was alleged to have defiled and penetrated the victim through her private part and anus. He is facing a one count charge offence of child defilement, an offence punishable under Section 137 of the Criminal Law of Lagos State 2011.
One of the witnesses, Eche Happiness who is also a policewoman and the investigating police officer (IPO), while being led in evidence by the prosecutor, Adebayo Haroun told the court that each time she asked the defendant why he did it, he would say, “nah devil cause am.”
Posted by Cheta Igbokwe
Labels: Crime, rape