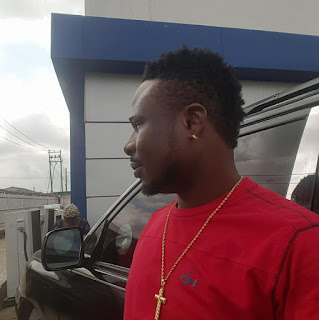 Information has it that the police Sergeant attached to the Special Anti Robbery Squad ( SARS) who organized "thugs" to beat a man and bundle him into the boot of a car for allegedly sleeping with his estranged wife in Benin city, Edo state, has been arrested.
According to the victim Ese Idehen's lawyer, Jefferson Uwoghiren, the SARS operative identified as Mr Nagbama Osakpamwan Eboigbe , a.k.a Smally was arrested following a petition filed by him at the Benin police headquarters for brazen abuse of power, criminal abduction, assault and battery.
Jefferson Uwoghiren also revealed that other officers who assisted the suspect to attack and imprison his client are in big trouble. 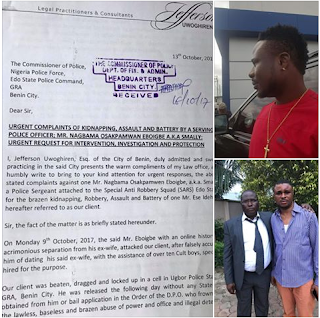