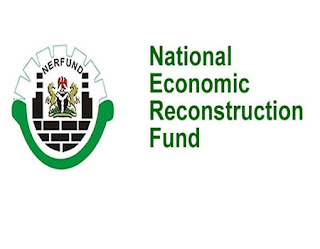 The House of Representatives on Thursday resolved to set up an Ad-hoc Committee to investigate the activities of National Economic Reconstruction Fund (NERFUND) and its current status with a view to justifying the planned closure.

The committee, when set up, would also probe the high profile debtors to the Fund, the condition of the projects that benefitted from the loans and the roles played by intermediary Banks and report back within six weeks for further legislative action.

The House, however, called on the executive arm of Government to stay further action on the planned closure of the NERFUND until investigations have been concluded on allegations of mismanagement in the Organisation.

The House resolution followed a motion sponsored by Honourable Bode Ayorinde entitled, “call on the executive arm of government to suspend the plan to shut down the National Economic Reconstruction Fund (NERFUND).”
Posted by Cheta Igbokwe
Labels: News