Rate of drug abuse getting high in Northern part of Nigeria 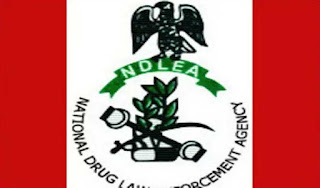 The Senate recently raised an alarm that the entire 19 states of the North face serious dangers of a drug abuse epidemic. It said over three million bottles of codeine cough syrup are being abused daily in Kano and Jigawa states alone. While the movement and other logistics of three million bottles of codeine is rather difficult to comprehend and while it isn’t clear where the Senate got the statistic, the consumption of illegal mind  altering medical products, including cough syrup, appears to have become something of an epidemic in the North.
Citing a report from the National Drug Law Enforcement Agency [NDLEA], the Senate stated that 2,205 people were arrested in the Northwest zone in 2015 for drug abuse.  Those engaged in the abuse include married women, internally displaced persons from Boko Haram ravaged areas, students of tertiary institutions and young girls, among others. The senators heard that secondary school students also consume the drugs. It then mandated its Joint Committees on Drugs, Narcotics and Health to investigate the use and abuse of prescription drugs and report back for necessary legislative intervention.
Posted by Cheta Igbokwe
Labels: Drug abuse, News