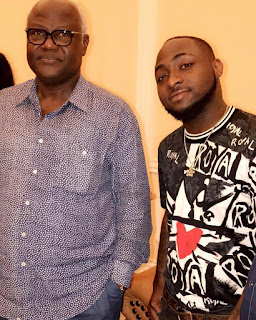 Days after performing for the king of Benin on the anniversary of his coronation, Davido jetted out to Sierra Leone to begin the African leg of his 30 Billion world tour.

The popular musician received what can only be described as a king’s welcome immediately he landed in Sierra Leone with hundreds of fans lining the streets just to catch a glimpse of him.