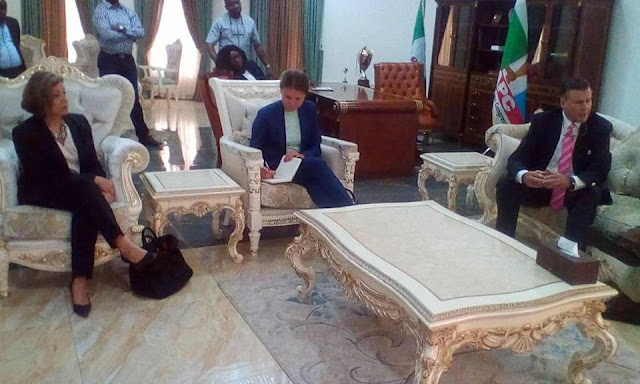 Images of American Consulates with the trending governor of Imo state, Gov. Rochas Okorocha have surfaced showing the governor receiving in audience the American Ambassador & Consulate in Nigeria,Mr Stuart Symington. 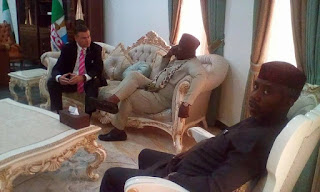 In a release exclusively obtained by Ifeanyicy.com from the Governor's SA on Social media, Mazi Anayochukwu Abasiodu Idiong; it read in parts; "Undoubtedly, Imo has become the preferred destination for business development, human capacity building as well as the capital of African continent.The evidences abound in the geometric increase in the population of residents in the state reflected in the massive ongoing infrastructural projects in the capital city. This, Owerri is the fastest growing city in Nigeria after Lagos, Abuja and PortHarcourt. 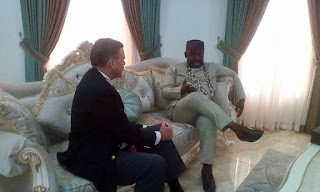 "Recall, President Nana Akufor Addo of Ghana, Former President Olusegun Obasanjo, and a couple of days ago, President Jacob Zuma not forgetting our own First Vice President of Nigeria, Dr. Alex Ekwueme and a host of global economy players like Chief Paschal Dozie of Diamond Bank and MTN Nigeria,Chief Stanley Eke have been celebrating the unprecedented peaceful atmosphere in the state unlike in the past." it concluded. 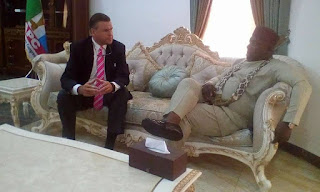 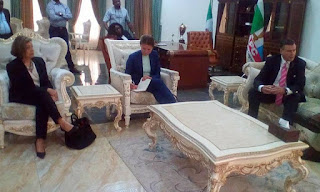