PDP Is Finished If We Pick Wrong Chairman – Jonathan 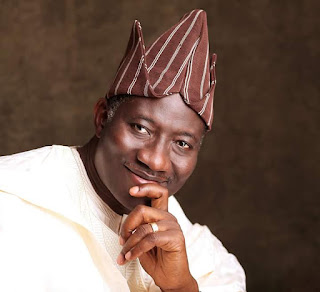 Former President Of Nigeria, Dr Goodluck Jonathan , has advised members of the Peoples Democratic Party no to make the mistake of making wrong choice of National Working Committee members at the December convention.

Jonathan gave the advice when he received an aspirant for the party’ s national chairmanship position, Chief Raymond Dokpesi, at his residence in Abuja on Tuesday.
He cautioned that the party could not afford to make mistake in choosing its next national chairman and publicity secretary, describing them as “ very delicate positions .”

He said , “ This time around we need a very courageous and vocal person to be the chairman. There are two positions that we must not make mistake on – the positions of the national chairman and that of the national publicity secretary, because I have worn the shoes before and I know where it pinches.

“If we make a mistake as a party and elect a wrong chairman and publicity secretary, we are finished. ”
Jonathan added , “ We need a very competent person and a team player, somebody who will not negotiate to get money from the aspirants to make them candidates .

“If you do that , you have destroyed the party because a party must come up with programmes and policies that will elect the best of the best .
“If you present the best material , the chances of your wining election are stronger than when you present a wrong material . We need such kind of chairman that will galvanise the national committee and also link up with state committees and do the best for the party.

“This is key so that by 2019 when we go for the general elections, the PDP will have majority in the states’ Houses and National Assembly and of course , the PDP must win the Presidency . “
Jonathan , who said that the December convention would be keenly contested, urged the chairmanship aspirants to see the exercise as a family affair .

According to the former President , the PDP must migrate from the ruling party to opposition for the purpose of stabilising the country’ s democracy.
“I am not saying that as an opposition party you must be saying anything you like.