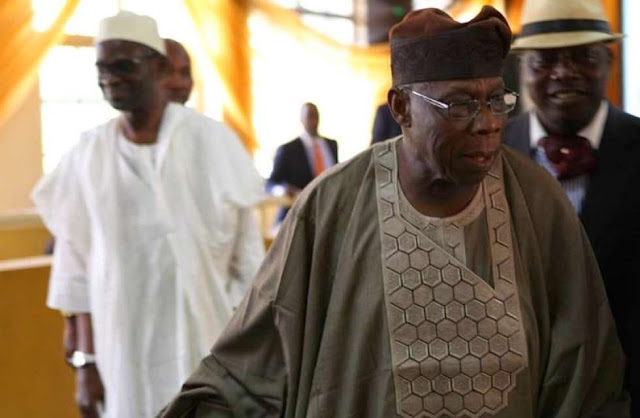 Briefing journalists after the meeting, Ogun State Caretaker Committee Chairman of the party, Tunde Odanye, Daily Post disclosed that the delegation visited Obasanjo to solicit for his blessing and support as the party was set to re-invent itself.

Odanye, who noted the Party had transgressed against the former President, further informed journalists that forgiveness was sought and Obj, as fondly called, forgave the party.

He added that though, Obasanjo insisted that he was done with partisan politics, the former President, however, wished the PDP the best.

On his part, former governor Gbenga Daniel, said he was part of the delegation to consult and solicit Obasanjo’s support ahead of his formal declaration to run for the position of the National Chairman of the PDP.

According to him, “I can’t make any move in that direction without the ex–President’s input”.

“I’m contesting for the PDP chairmanship position. I’m consulting and Baba is one of the foundation members of the party and we can’t move without him,” Daniel added.

He submitted that PDP had become better, more united and being rejuvenated to make it a party to beat both in Ogun State and in Nigeria come 2019.

“We have been united. You can see all of us are here. We have realised that united we stand, divided we fall,” he said.
Posted by IfeanyiCy Njoku
Labels: News.