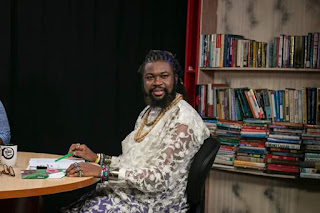 Linda Ikeji is not a celebrity, she is a business woman and so she is not broke.

Don Jazzy is a tenant, he is broke.

D'banj is hustling everyday to feed.

Davido spends his money they pay him for every show.

Sinach and Frank Edwards are richer than this guys.

He went on to state that the reason why he made this comments are for people who think because they are not famous, then they are poor, he also said that people that are wealthy don't throw them around social media.

He also cautioned that everyone should be his/herself cause he has seen the bank account of these celebrities and he knows they are all struggling.