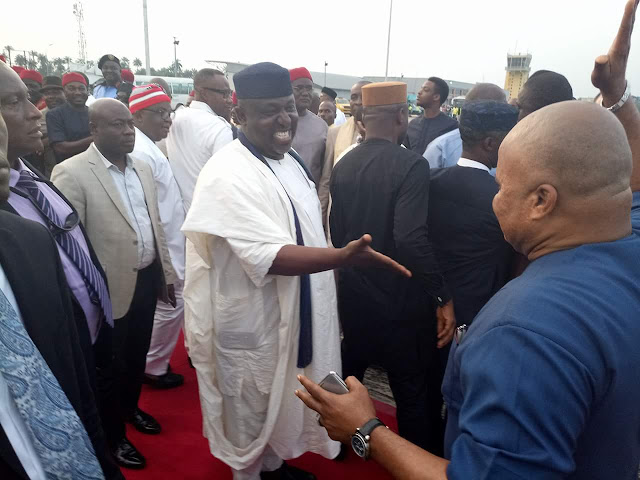 In order to clip his arch rival's political strength, the governor has forwarded to the state House of Assembly for  approval ,the names of two strong women from the same Local Government Area,Isiala Mbano.

The women are ,Dr Angela Uwakwem ,the embattled immediate past Chief Medical Director of Federal Medical Center,Owerri , who is expected to be announced the commissioner for Health and a PDP chieftain, Lady Joy Mbawuike ,who will likely head the Women Affairs ministry.

Remember that Araraume hails from Isiala Mbano LGA and shares the same political ward with one of the commissioners designate ,Mbawuike.

This has never happened in IMO state before

This has never happened before

This is simply  taking war to your enemy's territory

Who says that the governor is not battle ready for the ISHIEBU political warlord ?.
Posted by IfeanyiCy Njoku
Labels: Politcs