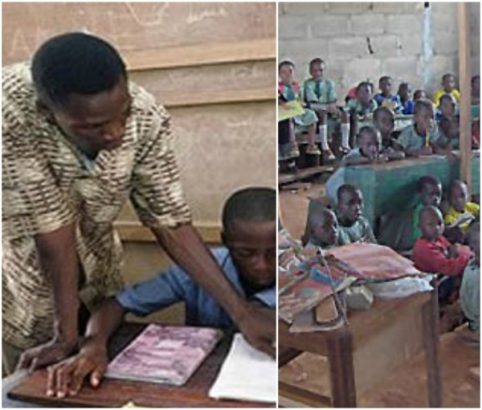 36-year old secondary school teacher and father of two, Stephen Owolabi, was arraigned before an Ikeja Magistrate court for reportedly raping an 11-year-old student, during school hours at the school, Grand College located at Isuti Road in Egan in the outskirts of Lagos.
It was gathered that before the incident, Stephen had made his intentions known to the little girl who refused. However on that fateful day, he trailed her to the toilet where she went to ease herself, forcefully took her to a corner tied the victim with a cloth and raped her after forcefully removing her pant.
PM Expres reports that the girl who raised an alarm after bleeding profusely due to the forceful penetration, was rushed to the hospital while the teacher was handed over to the police at Igando Division.
Stephen who admitted raping the girl, was granted bail in the sum of N500,000 with two sureties in like sum. He is also to be remanded in prison custody pending perfection of his bail conditions. The matter was further adjourned till 22 November, 2017.
Posted by BizzyAmb
Labels: Crime news