Menu
Home » News » Nigerian student jailed for 46 months in US for $3.7m fraud

Nigerian student jailed for 46 months in US for $3.7m fraud 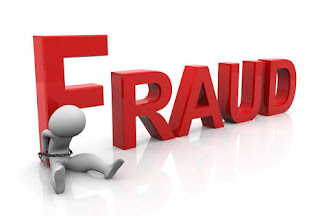 A Nigerian student living in the United States has been sentenced to
46 months imprisonment for committing fraud against some companies.

The student Amaechi Amuegbunam, 30, was also ordered to pay $615,555.12 (N2.21 million) as restitution for his role in email phishing scam popularly known as Business Email Compromise that caused $3.7 million loss to US companies.

The Nigerian student was said to have tricked employees into wiring money to him by cloning letter in the companies' actual email, authorities in the US said.

The emails were said to have contained misinterpretations that caused the companies to wire wire funds as instructed on a PDF file attached to the email.

The FBI said referring to the scheme as “Business Email Compromise." said it was a “growing fraud that is more sophisticated than any similar scam the FBI has seen before.”
Posted by Cheta Igbokwe
Labels: News