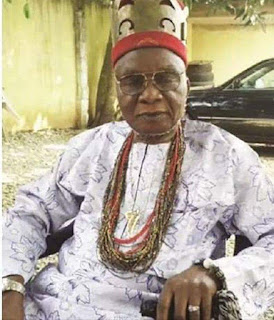 Lawyers to the Indigenous People of Biafra (IPOB), have petitioned the United Nations and the British government to prevail on the Federal Government to suspend alleged hostile activities towards the family house of its leader, Nnamdi Kanu in Afaraukwu Ibeku, Umuahia, Abia State.

The petition, written by Ifeanyi Ejiofor, on behalf of the IPOB leader’s father, Eze Israel Okwu-Kanu, also urged them to request the government to return without further ado, Kanu’s private property allegedly looted during the raid on October 8.

Dated October 12, 2017, and entitled “Re: Unlawful raids, intimidation and looting in the home of Nnamdi Kanu, by the Nigerian Military operatives and their Police counterparts, on October 8, 2017,” the petition alleged that Kanu’s home was invaded, and looted by rampaging security agents.

According to him, the closed-circuit television (CCTV) footage, which picked the horrendous raid, revealed the brazen looting and carting away of valuables and household equipment by the invaders.

Ejiofor said the raid lacked the backing and legitimacy of any known legislative enactment in the country, more so, when there were pending law suits, instituted at the Federal High Court Abuja, challenging, on the whole, “the initial murderous invasion of Nnamdi Kanu’s home by the Nigerian soldiers, his abduction from his home or his possible elimination by the rampaging troops, request for court order to compel the Nigerian Military to produce Nnamdi Kanu in court, and also lawsuit requesting the court to vacate the exparte order purportedly proscribing Indigenous People of Biafra (IPOB) and their designation as a terrorist organisation.”

The lawyer, urged the British government to treat the said proscription of IPOB by government with greatest circumspection as the legality or otherwise of such exercise was already a subject of litigation.
Part of the petition reads: “It cannot stand because the entire process culminating into the granting of the order is laden with high powered conspiracy, double standard, and bad faith. It is more so, when the order in question is now being challenged in Suit No: FHC/ABJ/CS/871/2017, Attorney General of the Federation Vs Indigenous People of Biafra (IPOB), and slated for hearing on October 23, 2017.

“The Federal Government of Nigeria is under obligation to furnish the British Government with the particulars of Nnamdi Kanu’s current state. The question on Nnamdi Kanu’s whereabouts has continued to beg for an answer, which must be answered by the authority that invaded his home on September 14, 2017, and shot many unarmed and defenseless civilians dead, while many were abducted alive.

“The British Government is, therefore, most respectfully invited to prevail on the Nigerian Government to suspend further untoward activities in Nnamdi Kanu’s home, and to return without further ado, all his private property looted on October 8, 2017.

“It is our further prayers that the Nigerian government should be requested to produce our client’s son (Nnamdi Kanu), whose whereabouts could not be accounted for, after the murderous raid in his home on September 14, 2017 or release the corpse to our client for befitting burial, if he was killed in the murderous attack.”

He, however, commended the British Government in particular, and others, he called responsible foreign governments, for their uniform condemnation of the military onslaught in the South Eastern states, particularly the bloody raid on Nnamdi Kanu’s home, and proscription of IPOB.

Meanwhile, the Abia State Commissioner of Police, Anthony Michael Ogbizi, has insisted that the police will continue to visit the country home of the IPOB leader so long as they got intelligence reports that arms were being stockpiled there.

Reacting over a raid on Kanu’s home, last Sunday, the police boss explained that all items recovered there were itemised and marked as exhibits, denying that anything was stolen during the joint military/police operation there.