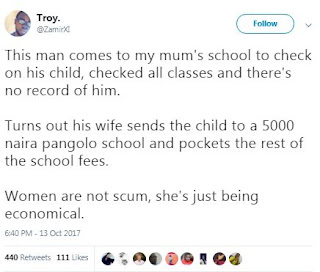 Troy a twitter user has taken to twitter to narrate the story of how a man found out that his wife sends their son to a cheap school while she pockets the rest of the tuition in Lagos.
According to him to the guy, the man works far away from home and just came back to see how things are and decided to visit his son's school. That was when he discovered that his wife sends their son to a school that pays N5000 tuition.

Read his tweets below; 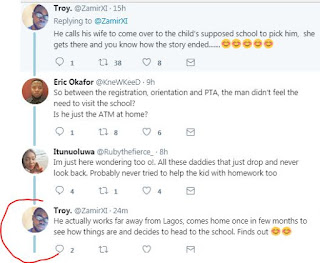