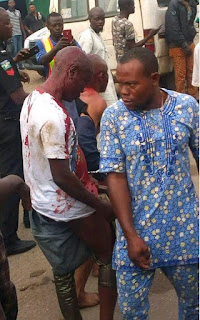 Two men and a lady were caught while trying to rob/kidnap a lady at Alimosho road,Iyana Ipaja,Lagos.
With the efforts of LASTMA officers who diverted traffic from the expressway and a courageous Danfo driver who pursued and overtook the bandits car,the victim was rescued.According to the victim,the guys robbed her 4 months ago.

Immediately she entered their car,she recognized them and began to scream.Items found in the car were two knives,multiple ATM cards and loads of recharge cards.
Trust Lagos mob,they descended on them and beat the hell out of them before police rescued them. 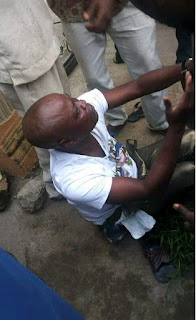 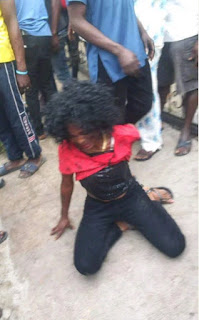 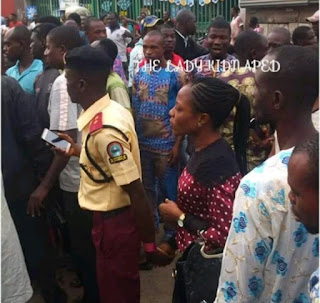