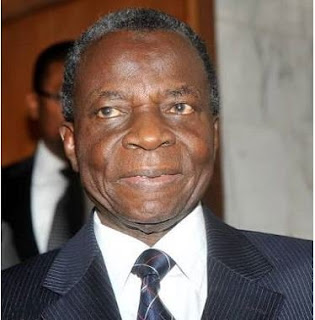 Former President of the Court of Appeal (PCA) Justice Ayo Salami (retd) has rejected his appointment as the Chairman of the Corruption and Financial Crime Cases Trial Monitoring Committee (COTRIMCO) based on principle and conscience.
He is believed to have been convinced that the committee may not work as “efficiently expected” because of the businesses of some members.
Justice Salami was named the chair of COTRIMCO, which was set up by the National Judicial Council (NJC,) on September 27 by the Chief Justice of Nigeria, Justice Walter Onnoghen.
The appointment was based on the decision of the NJC at its 82nd meeting in Abuja.
Justice Salami is said to be uncomfortable with the composition of the 15-man committee.
The panel is said to include some members who had been implicated in some conflicting challenges between the bench and the bar.
Although, Salami was out of the country when he was appointed, he sought audience with the CJN upon his return.
It was learnt that after discussing his reservations with the CJN, he wrote to reject the appointment.