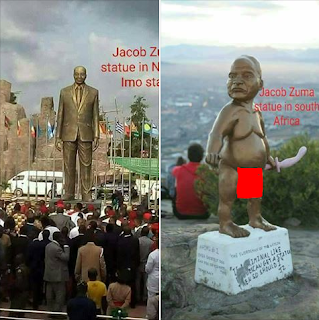 While Nigerians and Imolites are still trying to get to the root  behind the huge statue of South Africa's president erected and unveiled by governor Rochas Okorocha in Owerri, Imo state, a photo of an old statue of Jacob Zuma erected in South Africa has surfaced online.

The controversial statue of Jacob Zuma erected in South Africa was designed by artist Ayanda Mabulu, who was sharply criticized for the artwork which left the president's genitals exposed. 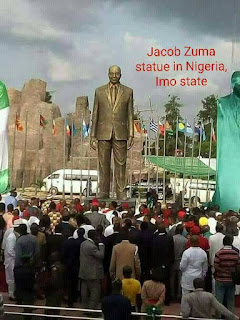 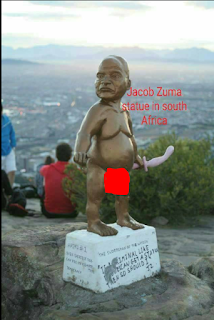