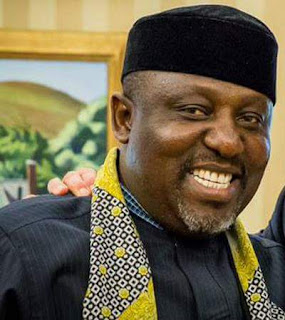 My Governor my Governor sorry to say this, You are the type of Father that will use his children School Fees to Play Bet9ja, Nairabet or baba Ijebu

THIS is not the Best way to Secure your Properties in SA, it is not just a Stain to your person but a dent by Associating with the Number one Corrupt Man in South Africa

Your Excellency, Since yesterday i have been Thinking about the Economic Importance of president of South Africa, Jacob Zuma's visit and His Monument Erected in The Eastern Heartland.

Honestly Speaking, it is a Disgrace and a waste of Resources to Imo people and Nigeria In General to Erect the Statue of Corruption in the state.

Money funded for that Monument from Our Purse Can pay Imo workers their salaries,Pensioners, the poor and Less Privileges that are in need

we were happy when you started the 27 General Hospitals since 2011, we are now sad that it is yet yo be commissioned, but you funded N520 Million just To Erect the statue of someone facing almost 800 Count Charge of Corruption in South Africa including Money Laundering.

Even as i type, thousands of South Africans outside and inside Nigeria are laughing at this stupidity that has gotten to a stupid Stupor

The most painful part is that your Special Advisers could not Advice you on this Disgraceful decision you made.

Even your, wife, your son Inlaw, Uche Nwosu, and your Deputy, Prince Mmadumere could not advise you on the right decision to choose, i blame them too.

An igbo adage says, when a Blind man Leades, pls help me finish the adage my Governor

for those of you Cheering Governor Owelle for this waste and disgraceful act, starting from Prof Nnamdi Obiaraeri,Chike Okafor, Kenneth Emelu to your Sycopants, you will continue playing Bet9ja with their future and that of their children in Jesus name, Amen.