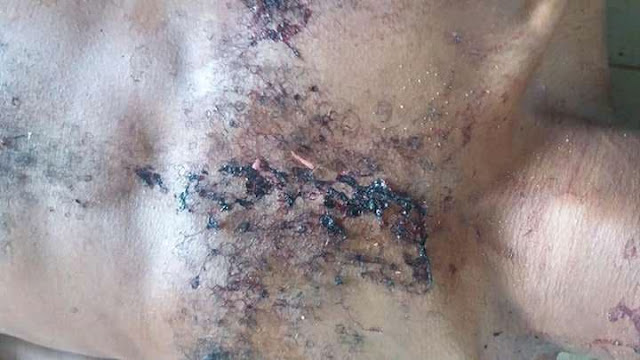 A landlord in Owerri , the Imo State capital , Paul Oparaugo, and five of his six children allegedly stabbed to death their tanant , Udochukwu Iwuoha, on Wednesday.
Iwuoha, who hailed from Agbaja in the Nwangele Local Government Area of the state , was to traditionally wed his fiancée on Friday ( today).
The tragedy was said to have occurred at No .
50 Onumonu Street in the state capital between 9pm and 10 pm.
After allegedly killing the artisan , the family of seven reportedly fled the area.
Neighbours were said to have vandalised their property.
A neighbour , who declined to be identified, told PUNCH Metro on Thursday that the family ensured that the victim died before they left him . 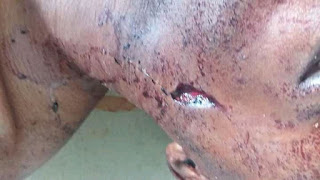 He said, “ The incident happened on Wednesday. Udochukwu had told Paul Nwachukwu , who is a security guard at a branch of Guaranty Trust Bank , to stop rearing chickens behind his apartment.
“ He told him that the smell and noises of the chickens were affecting his health ; but the family took his observation as an insult .
“ They beat him up before stabbing him . A neighbour, Godspower , who came to rescue Udochukwu ( Iwuoha), was stabbed in one of his hands.
“ The man, Paul Oparaugo and five of his six children – Chiemezie, Ndubuisi , Ugochinyere , Chidera and Deborah – committed the dastardly act . It was the last born, Michael , who is in primary school , that didn ’t take part in the murder. ”
An unidentified friend of the slain man said , “ He had complained that his landlord was always on his case. ” 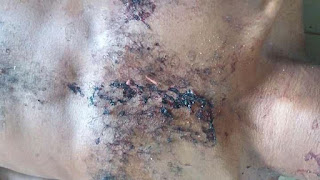 Another neighbour , who identified himself simply as John , said all the hospitals that the victim was taken to on Wednesday rejected him.
John said, “ The hospitals demanded a police report because the injuries were too much. Before we could get the report, he died.
“ We have reported the matter at the Owerri Urban Police Station . Policemen came here, and his corpse was deposited at a morgue. ”
The state Commissioner of Police , Chris Ezike , who confirmed the development to our correspondent, said he had ordered that the case be transferred to the homicide section of the Criminal and Investigation and Intelligence Department of the state police command .
Ezike said , “It is a case of a family feud. Some youths in the area wanted to take the law into their own hands, but we were able to calm the situation .
“ The suspects are known ; they are on the run , but they can’t run for too long .”
Copyright PUNCH
Posted by BizzyAmb
Labels: Crime news