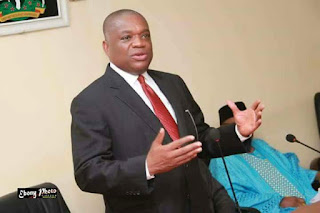 Orji Uzor Kalu who happened to be the former governor of Abia State and chieftain of the All Progressives Congress, APC, has denied saying leader of the Indigenous People of Biafra, IPOB, Nnamdi Kanu, had escaped to London.

Kalu was quoted in an interview as saying that the IPOB leader escaped to the United Kingdom through Malaysia.
But in an interview with AIT, the former governor said, “I didn’t categorically say that he was in London. You can read what I said in the Punch.

“When I returned from the United States on September 14 and went straight to Abia on the 15th because the crisis was escalating, I consulted some of them (IPOB), the security agencies including the army, police, Department of State Services (DSS) and others to douse the tension. I looked for Kanu to talk to him.

“So, somebody told me he went to a hotel and I sent people to the hotel and I called one of his relations, who came to my house and I asked him where Kanu was as I really wanted to talk to him.
“He said that I should not bother myself and I told Punch whether this fellow was telling me lies or truth is what I don’t know. I didn’t say I discussed with Kanu and he told me he had left for London.

“His relation told me I should not bother about his safety because I told him that what matters to me is the safety of the man.