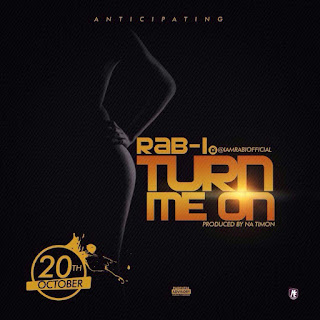 The highly anticipated song of the year, ‘Turn Me On,’ by pop music guru, Rab-i, is set to be released on October 20, 2017.
Rab-i, the hit maker, is known for dishing out excellent music contents. His last single, Akah, featuring popular afro pop artist, Ruffcoin, has been making waves in the East. But for a long while, he has taken off time from his music for his ongoing studies at the University.
The Eminent Crew Entertainment Artist, Rab-i, is back again with a new club rock single, ‘Turn Me On,’ produced by the prolific music producer, Na Timon. 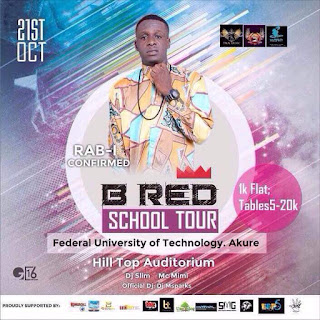 Meanwhile on 21st October, Rab-i would join HKN signed act, B Red on a school tour, at the Federal Polytechnic, Akure, where other eminent Nigerian singers like Lil Kesh, Dotman, Terry Apala and more, will grace.
Posted by Cheta Igbokwe
Labels: Music