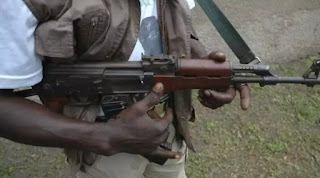 The Plateau police command has confirmed on Sunday that six persons were killed in a Saturday night attack in Tagbe village of Bassa Local Government Area of the state by unknown gunmen.

ASP Tyopev Terna, State Police Public Relations Officer, told newsmen that five persons were also injured as a result of the attack while about ten homes were razed by the gunmen.

He said the state police command was doing everything humanly possible to bring the perpetrators to book.