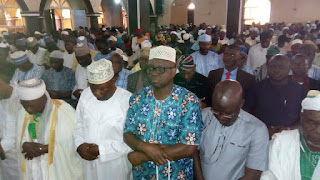 Despite him being a Christian and also widely  criticized by a Muslim group after he dressed up as an Imam to join Muslims for prayers during last Sallah celebration in Ekiti, governor Ayodele Fayose was spotted with Muslim faithfuls during Jumaat prayers on Friday (yesterday).

As part of the activities line up for the celebration of 3years anniversary of Governor Ayodele Fayose in office, the governor today performed Jum'at service with Ekiti Muslim faithfuls.
Fayose who is a Christian governor, prayed along with others at the Central Mosque in Ado Ekiti state.

For inexplicable reasons, the governor shocked the world on the last Muslims celebration on September 1, 2017 when he appeared in full regalia, including a turban as an Imam, at the venue of the event in his state.

Apart from the controversy stoked by the costume, Fayose also used the ground to make some strong political statements that were condemned by the Muslims Rights Concern, MURIC, headed by Islamic scholar, Professor Ishaq Akintola. 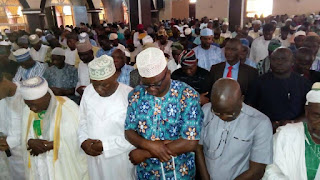 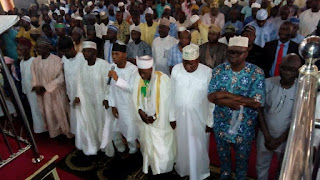 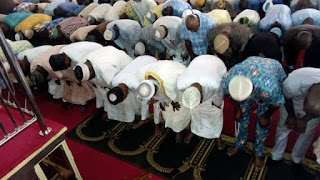