Electrocution: CRUTECH Students Protest Over The Death Of Their Colleague (Pics) 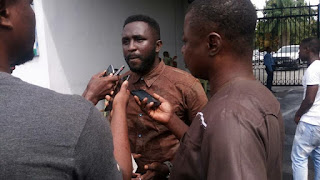 The Special Adviser Student Affairs and Youth Mobilization on Tuesday, 24th October, 2017 assured protesting selected students from the Cross River State University of Technology, CRUTECH who went to Governor’s Office to protest over the demise of one of their student and course mate who was electrocuted to death due to PHCN cable. 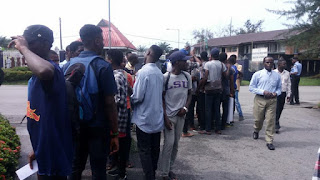 The protest was led by Tola, Prince Amoony (leader) and Ayiri, Francis Utsu (sub leader) all of the Department of Mechanical Engineering; CRUTECH. 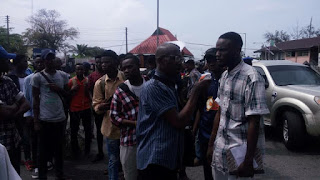 It can be recalled that on October 24, 2017 Brainnews NG reported an incident where a CRUTECH Student, an house wife were Electrocuted to death in Calabar, Cross River. The name of the student who lost his life due to the PHCN electric cable is Inyang David David with Reg. No. 16/MEN/167, the incident occurred at Ada Uko by Inyang, Calabar South L.G.A. 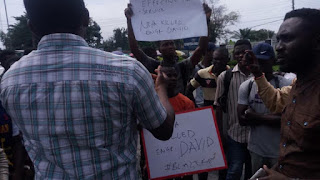 The students appealed for welfare package for the mother of the boy and for his burial as well as calling on the state and federal fire service, PHCN and federal/state government to take measures to prevent future occurance and for prompt emergency response from Fire Service. 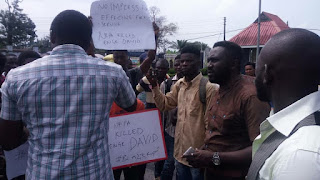 It will be recalled that the state government issued a policy statement and directive for houses/buildings built under PHCN cables be demolished but was opposed by some residents. Sen Prof Ben Ayade top most priority is the security and welfare of his citizens and is proactive to ensure lives and properties is safe and necessary intervention provided were necessary. 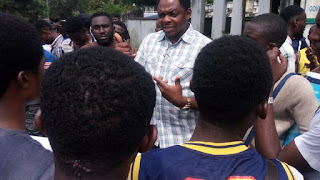 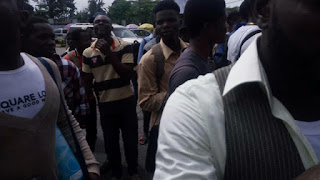 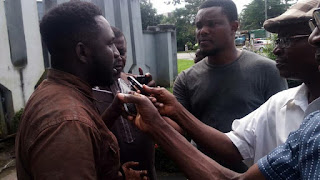