Menu
Home » News. » DSTV AND ITS DEMONIC PLAN TO KILL TSTV: NIGERIANS, THIS NEW BABY MUST NOT DIE

DSTV AND ITS DEMONIC PLAN TO KILL TSTV: NIGERIANS, THIS NEW BABY MUST NOT DIE 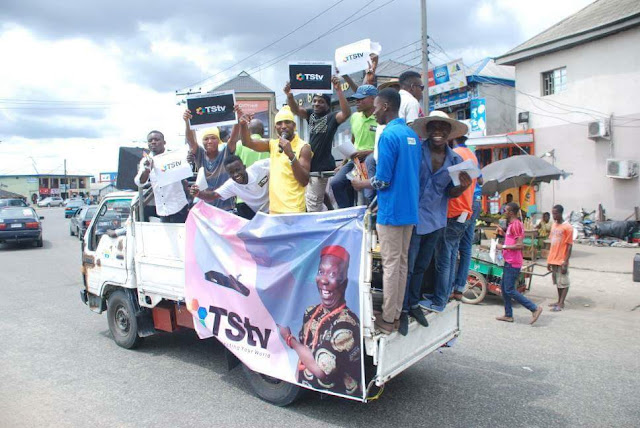 "We must all build national unity, build all revolutionary forces, into one powerful wave to sweep away our main enemy, political imperialism and economic imperialism." Sukarno 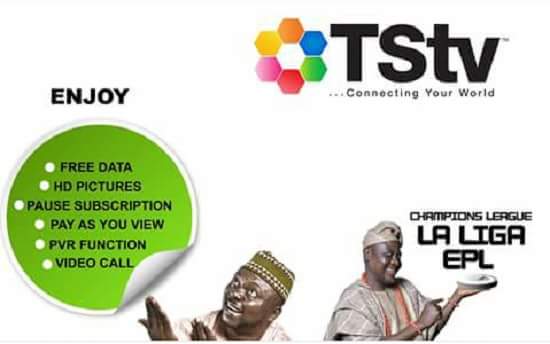 Whatever guts and arrogance popular satellite television DSTV had many years ago died completely two weeks ago in Nigeria. To DSTV, nothing like Pay TV or Pay as you watch. To DSTV, whatever they offered us as Nigerians was simply the best and we dare not complain. To DSTV, we were their cash cows. To DSTV, we are puppets that can be controlled at will and who are we to dare just complain. We are nobody. All these changed when a new baby entered the stage. All the arrogance was punctured when a new whiz kid came on block and since them the centre in DSTV could no longer hold. The songs of inability to have Pay TV changed as soon as the new baby TSTV came with a bang and took the terrestrial wave by storm with readiness to not just offer Pay as you watch but also gift users with 20gb monthly to browse with. While in the office today, I was discussing with my colleagues on which of the telecoms Wi-Fi we should buy to enable all staff use, and I was told bluntly to forget about buying any Wi-Fi but to wait for TSTV with their 20gb for us to use. Nigerians can’t wait any longer. The wait for TSTV to berth finally on the satellite soil is like waiting for godot. Alas this hope may soon be dashed, as TSTV may NEVER launch in life. This waiting may just be in vain, as billions of Naira has been deployed by DSTV to our nation’s regulatory agencies, third party channels and even our National Assembly to stop TSTV from giving us the Pay as you watch that we have long waited for. This is the bad news and I dare DSTV to prove me wrong. Fellow Nigerians, DSTV as I write has officially written to over twenty third party channels bribing them with billions of dollars to withdraw the rights they initially. That’s not all; some of our National Assembly members have been bribed to also tag TSTV a terrorist organisation simply because the corporate body refused to disclose how they got the rights that threaten DSTV hold on poor Nigerians. It is a well known fact that every business has its cherished secret and it will be suicidal to tell TSTV to disclose how they got access to the rights in their possession. It amounts to telling the Lawmakers to reveal how they won their opponents during the last election. We are not beyond redemption as a people to allow a South African company in DSTV to come to our own land to milk us dry and allow them kill the only hope of escape from their grip. Our patriotism demands that we rise against DSTV this very moment to stop every plan they have against TSTV launch on November 1st 2017; including rolling out all the channels they have gotten rights for, without interference from DSTV. 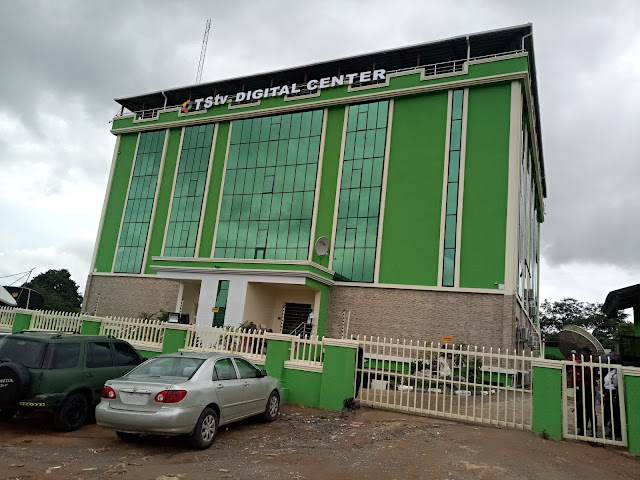 It is terrorism to allow DSTV determines the satellite stations that will survive in our country of over N180 million people, when over ten of such stations can operate and still make maximum profits, without bickering. It is a national crime and offence to keep patronizing DSTV with its high rate of subscription when a national carrier in TSTV is offering much more at cheaper rate. We owe it a duty to break the monopoly of this South African company just as we stood by Globacom when it came into the market to challenge MTN, which led to the freedom of per second calls we are enjoying today. If we can stand in solidarity then with, we should stand stronger now with TSTV. The continuous hold of DSTV on our homes through their monopoly is imperialism that should be stopped and hated by all. We should hold to our chest the words of Sukarno “I hate imperialism. I detest colonialism. And I fear the consequences of their last bitter struggle for life. We are determined that our nation, and the world as a whole, shall not be the plaything of one small corner of the world”. This is not about Bright Echefu, the Managing Director of TSTV but us a people, one Nigeria that have no choice but to support a Nigeria product to break this monopoly of extortion. We have suffered too much and too long in the hands of DSTV and can no longer suffer again. As I type, DSTV is planning to jam the frequency of TSTV to stop it from reaching our various homes when it starts to beam. In South Africa, they treat us like thrash; in our own backyard; they treat us like dust. In South Africa, we are treated as animals and in our own land; we are still treated like second class. The same billions of dollars they made exploiting us is same money used in bribing our own nationals to frustrate a project conceived by one of us, that they told us was never possible. Back home in South Africa, DSTV is fined for irregularities and slammed with millions of Rands to pay for daring for fixing prices without notice to the national regulators, but here in Nigeria, they go scot free, after stuffing those who should regulate them with few millions of dollars, while we bear the arrogance of their impunity. In South Africa, they dole out millions of dollars to support events while in Nigeria; they scam us into buying products for promo but never end up fulfilling their promises, and dare us to take them to industrial court. We have a lifetime opportunity to call their bluff off and a chance to make them beg for our attention. We are all witnesses already of what to expect if we stop DSTV from going ahead with their corporate fraud of using money to stop third party channels from withdrawing broadcasting rights from TSTV. 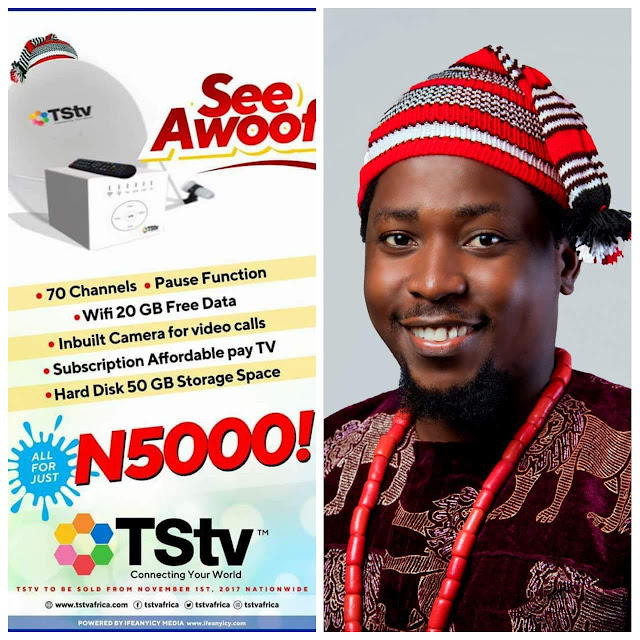 The Presidency should immediately summon DSTV and charge them for terrorism. It is a terrorist attack and an infringement of our sovereignty for a foreign organization to jam the frequency of a satellite television owned by a Nigerian. It is a national sabotage to allow this to go unchallenged without getting DSTV to pay for this heinous crime. If MTN can be cut down to size despite its sense of ownership, that they beg Nigerians with their simcards on the road, disturbing our phones with needless promo messages, simply because we dare them to go to hell and embraced Globacom owned by Nigeria, we can do same to DSTV and see how they crumble like cookies, begging us to get free decoders and only subscribe to their channels at cheaper rates. This can only happen when we rise as a people to support TSTV. We have a date with history on November 1st, to allow DSTV succeed in using our hard earned money paid over the years through decoders purchase and subscription cause TSTV to come to our homes with all the sports, news, movies, kiddies, religious and music channels or bow our heads in shame sticking with only DSTV. We have a chance with posterity and we alone can choose right. The consumer is king and it’s our right to freely choose the cable to purchase and watch and not DSTV to force theirs down our throats. And did I tell us what the money DSTV made from us for over ten years has been used for? Stay tuned as I unravel all the dirty secrets DSTV/GOTV never wanted Nigerians to know. It’s a blockbuster! These little things matter… 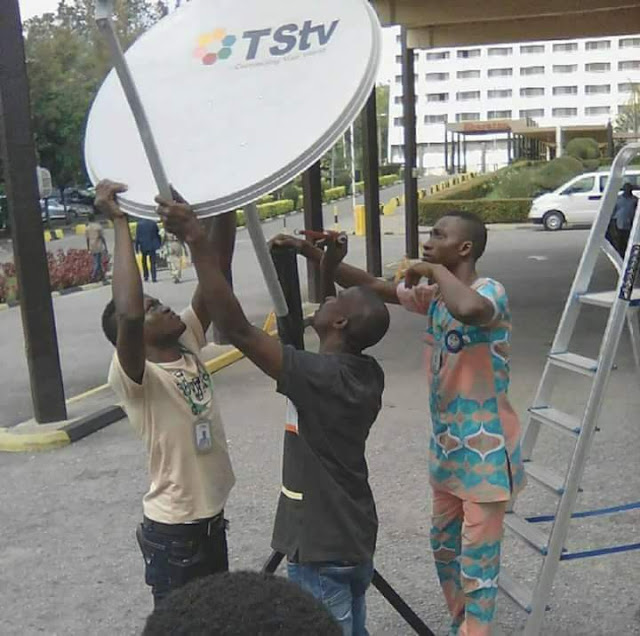 Fejiro Oliver, an Investigative Journalist, Media Consultant and Human Rights Activist is also the Co-Convener of Coalition of Human Rights Defender (CHORD) and can be reached on +2348022050733 (SMS ONLY) or secretsreporters@gmail.com. Engage him on twitter on @fejirooliver86.