Cultists Nabbed After Beheading Victim Who Met Them During Initiation. (Photos) 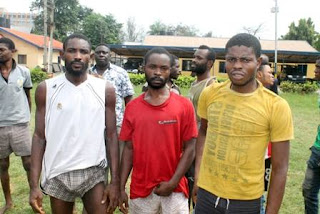 Some suspects who are members of the dreaded Dee-Gbam cult group in Ohaji/Egbema L.G.A of Imo state were arrested by operatives of the state police command in connection with the murder of Oguegbu Offurum. Investigation revealed that on 08/09/2017, while suspects were carrying out their initiation, the said victim was returning from the market and ran into them, suspects quickly blocked the victim, took him into the bush, killed him and severed his head from the body. 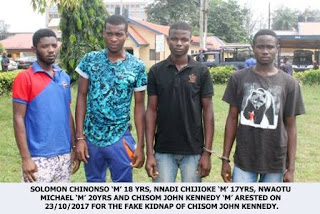 The bodiless head was recovered by security operatives at a shrine in Awara. Investigation is in progress.
The suspects were paraded alongside other criminal elements arrested for various offences in Imo state. 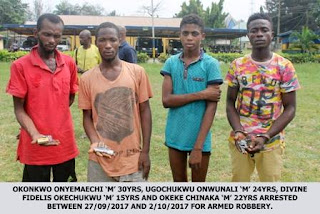 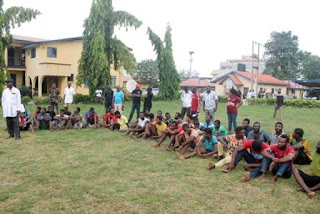