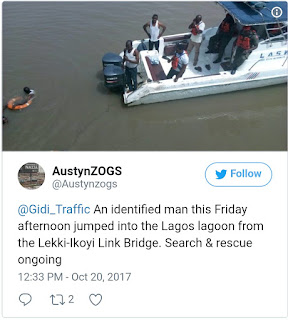 As at the time of publishing this report there was no confirmation as to whether the victim had been rescued by the officials. Details later...
Posted by Cheta Igbokwe
Labels: Breaking news