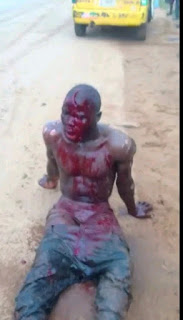 According to a Facebook user who shared these photos and resides  in Onitsha,the thief pictured below was caught while snatching somebody's bag along 3.3 College Road.He was beaten to pulp by mob.He is one of the robbers that have been snatching bags from people with bike. 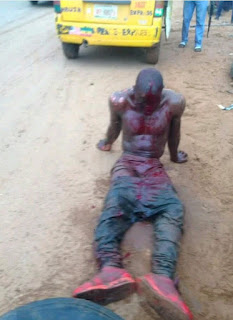 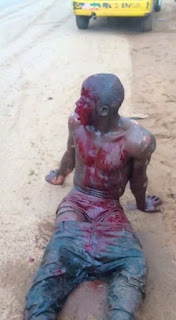 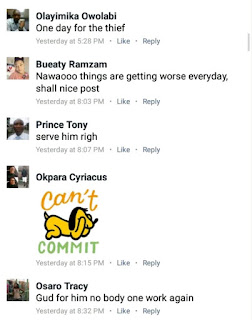